Zac Brown Band already has one mega hit out this year. They’re likely to add another one when “Loving You Easy” impacts country radio next week. The track is similar to “Homegrown” in that it brings ZBB back to it’s early days. It’s more mainstream country rather than the fringe country sound heard on either The Grohl Sessions or Uncaged. Sure the latter went platinum, but it didn’t do nearly as well as their debut album The Foundation. As the band continues to grow in popularity it’s nice to see them returning to the sound that earned them so many fans with the songs “Chicken Fried” and “Whatever It Is.” Expect “Loving You Easy” to rise the charts quickly and become one of the songs of the summer. Take a listen: 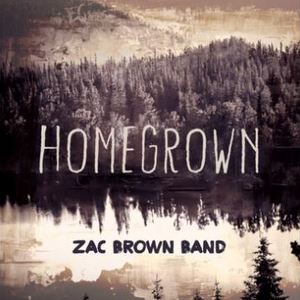 The wait for new music from Zac Brown Band is officially over. The Grammy winning group released the debut single off their fourth LP this morning. Entitled “Homegrown” the track speaks to the beauties of living a slow paced life in some small southern hometown. Brown sings of having everything that you need and not wanting a thing that you don’t, a sentiment that many of us should adapt as we move forward in 2015. For the Zac Brown Band it’s always been about doing things the right way, which is heard in their songs. They’re not your typical country act. You won’t find them singing of partying in the sticks, or drinking beer in the back of a truck bed. Instead, they’ve created a brand of country for the average folk as heard here on “Homegrown.” “Feels so good to be taking it easy, how could I ever leave,” sings Brown as he exits the first verse and moves into the catchy chorus.

END_OF_DOCUMENT_TOKEN_TO_BE_REPLACED

This week is highlighted by new music from Zac Brown Band. The Grammy Award winning group released the debut single, “Homegrown” off their upcoming LP. Elsewhere, Raelynn released her debut EP entitled Me which features five tracks including her debut single “God Made Girls.” Greg Bates, who’s known for his single “Did it For the Girl” has a new single out this week that’s quite good. The song “Sand” is available for download now and for request on SiriusXM The Highway.

END_OF_DOCUMENT_TOKEN_TO_BE_REPLACED

Today was a very busy day in country music. Three major artists announced their summer tours, one Grammy winning group released a new single, and couple others released new ones to radio. Here’s what you may have missed today: