END_OF_DOCUMENT_TOKEN_TO_BE_REPLACED

Thomas Rhett, Sam Hunt, and Cole Swindell were announced yesterday as the three finalists for the ACM New Artist of the Year award. The announcement comes after one round of fan voting for eight new artists that were announced as semi-finalists.

END_OF_DOCUMENT_TOKEN_TO_BE_REPLACED

It’s Valentine’s Day weekend and if you’re girl is a country fan there’s plenty of shows to take her to. Tonight, Sam Hunt brings his Lipstick Graffiti Tour to House of Blues Boston with special guest Native Run. It’s Hunt’s first time performing in the region as a headliner and Native Run’s second trip as an opener. Hunt and his team will travel north to Burlington, Vermont Friday night when they visit Higher Ground. Both shows are sold out, but some tickets are still available on StubHub. If you’re not in the market to spend a lot of cash or any cash on entertainment, we’ve got you covered. Eli Young Band will perform a free show at Mohegan Sun’s Wolf Den on Friday night and Eric Paslay will do the same Saturday evening. Both of these shows are 21+. 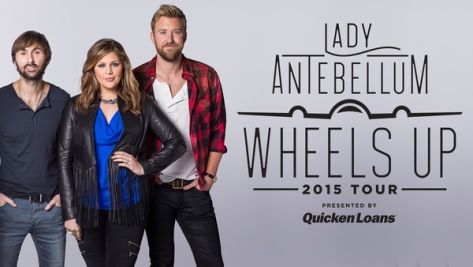 Lady Antebellum will be headlining the Wheels Up Tour this summer and they’ll bring two of the most talented young artists in country music with them. Hunter Hayes grabs the second slot on the tour, while Sam Hunt will kick things off each night. This will be Hunt’s first gig on a major amphitheater tour. As for Hayes he takes this opportunity to move away from the headlining spot and offer his fans a shorter, more specified set. The tour will stop twice in the Northeast, first at the Xfinity Center in Mansfield, MA and then later in the summer at the Xfinity Theatre in Hartford, CT. Both events will be a part of each venue’s Megaticket which will begin being sold the week of January 26.

The tour will run from May 1 until the middle of September and make its way across the United States and much of Canada. Complete tour dates here.

After the incredible success of “Leave the Night On,” Sam Hunt has taken a bit of a risk with the release of his second single “Take Your Time.”