It’s hard to remember a day as hyped as November 6. There’s literally so much new music being released that it would take a couple of hours to listen to it all. And it’s not just that it’s new, it’s that it’s all music you’re going to want to hear. Here’s why:

END_OF_DOCUMENT_TOKEN_TO_BE_REPLACED 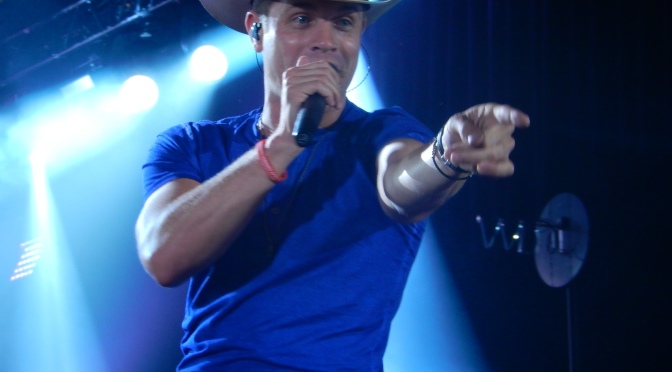 It’s a big week for country music fans! With so much going on, here’s a schedule of this week’s most important moments so you don’t miss anything.

END_OF_DOCUMENT_TOKEN_TO_BE_REPLACED

Nothing makes us happier than some new music, especially when it comes from some of the most talent artists in the genre. When those artists team up the excitement can reach all time levels. That’s exactly what happened on the release of Chris Young and Cassadee Pope’s duet “Think of You.” They lead the way in a star-studded crop of new music out now that features the likes of Old Dominion, Keith Urban, Carrie Underwood and more!

Jana Kramer, or as some fans may know her Alex from One Tree Hill, has had her fair share of ups and downs over the past couple of years. Her debut single, “Why Ya Wanna” is certified platinum and peaked inside the top five, she’s appeared in episodes of the hit shows Entourage, CSI: Miami, and Grey’s Anatomy. But those successes come with the bad too, her break up with Brantley Gilbert was highly publicized and she’s struggled to bring a song inside the top thirty over the past three years. With a fresh perspective on life Kramer is again working towards launching a sustainable country career. Her song, “Love” combined with a powerful music video received rave reviews from critics across music, yet failed to deliver any type of commercial success. Again with the support of critics and radio personalities alike, Jana Kramer, is hoping to rekindle the flame of success she found on “Why Ya Wanna” with her newest radio add “I Got the Boy.” Take a listen:

Kristy Lee Cook wasn’t loving the lack of true cowboys and cowgirls in today’s country music. So she decided to do something about it. Her most recent single, “Lookin’ for a Cowgirl” and is exactly that. A track that Rolling Stone Country said,” [Paints] a picture of a woman who isn’t planning on laying seductively in the back of her bro-country boyfriend’s pickup truck. She’s going to drive the thing herself, full-throttle,” shows Cook’s true cowgirl side. We talked to the BBR Music Group singer about that song, what’s coming next, and her thoughts on the lack of women in today’s country music.