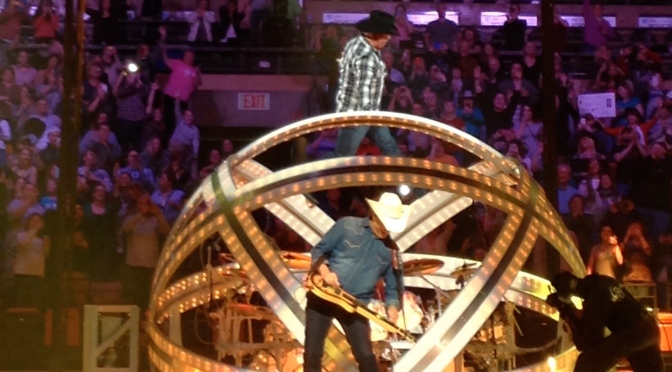 Garth Brooks took the stage tonight at the TD Garden for his first show in the Northeast in nearly 17 years. From the moment he announced that he would be bringing the “Garth Brooks Experience” to Boston there has been questions about how the show would compare to those put on nearly two decades ago. With over fifteen thousand in attendance and ready to sing along, Brooks delivered a heart pounding performance that will be remembered for some time to come.

END_OF_DOCUMENT_TOKEN_TO_BE_REPLACED

Wondering what the future holds for GhostTunes? We talked with Garth this afternoon about what the next steps are for the newest digital download platform.

END_OF_DOCUMENT_TOKEN_TO_BE_REPLACED

It’s a big weekend for country music in the Northeast. Garth Brooks brings the “Garth Brooks Experience” to the TD Garden for an unprecedented six shows in four days. He’ll play two shows a night on Friday and Saturday and when it’s all said and done he’ll have performed for over 75,000 people. But it’s not just Garth who’s in the region this weekend. Alan Jackson brings his Keepin’ It Country Tour to the MassMutual Center in Springfield, MA on Friday night before heading up to Portland, ME on Saturday night. He has Jon Pardi and the Grammy nominated Brandy Clark along with him for both shows. If classic country isn’t your thing Friday night you can head on down to the MGM Grand Theater at Foxwoods and check out Chris Young and Lee Brice with special guests Brothers Osborne. Limited tickets are still available for all shows.

Note: Trisha Yearwood is also on the bill for all six Garth Brooks shows.

In case you missed it the American Music Awards were last night. If you watched any part other than the country portion of the show chances are you have a new appreciation for the genre. Here’s what you need to know about the 2014 American Music Award’s country wise.