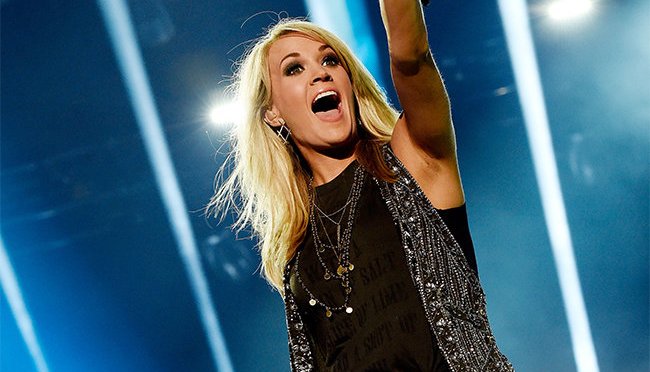 Carrie, Carrie, Carrie. Sweet Carrie. First and foremost, thank you for coming to Boston. It might not be the most convenient geographically, but it’s the biggest indoor venue in the region and the only one that makes sense for her 2016 Storyteller Tour. Bringing along Easton Corbin (big fan) and The Swon Brothers (bigger fan) takes this night from good to great – honestly the most excited I’ve been for a show in about a year. Between her sweet vocals, killer new set of music, and those legs how could I not be excited.

END_OF_DOCUMENT_TOKEN_TO_BE_REPLACED

This morning the nominations for the 50th ACM Awards were announced through a digital press conference. Country stars such as Jason Aldean, Kristain Bush, Brandy Clark, Lee Brice, and Dustin Lynch were all on hand to make the announcements. The nominations themselves come mostly as expected with few exceptions. Garth Brooks nomination for Entertainer of the Year comes as a slight surprise, as most (myself included) thought he wouldn’t receive any nominations until the end of his comeback tour. Additionally, The Cadillac Three’s nomination for Vocal Event of the Year speaks to the weakness of collaborations in modern country music. Check out the full nominations:

END_OF_DOCUMENT_TOKEN_TO_BE_REPLACED

The 2014 American Country Countdown Awards are the newest country music awards show. Based off of the longest running country music radio show in the country,  the awards will air on Fox on December 15 and are hosted by Brian Kelly and Tyler Hubbard of Florida Georgia Line.  Here are the nominations for the various categories.