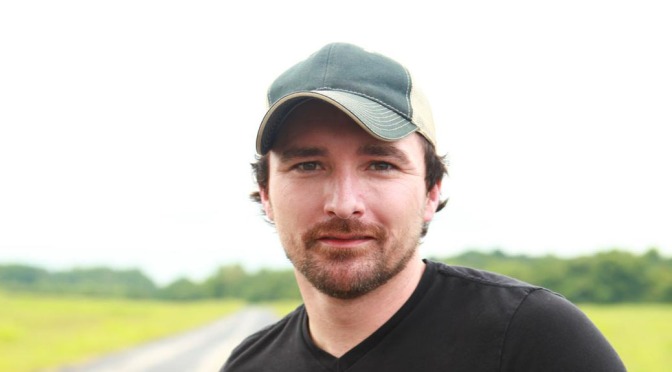 In part one of our interview with Erik Dylan we discussed songwriting, his friendship with Kip Moore, and his own music. Now in part two we discuss his plans for 2015 including touring and new music as well as his advice for those looking to make it in Nashville.

When you’re out on tour are you doing a lot of a booking yourself?

No, I’m booked by Paradigm. They’ve been big believers in me from the beginning and I really love those guys for that. But as a songwriter I write with a lot of artists that the fans know and these artists like to see me open up for them. They like what I do as a writer, and so they want to support my artist career as well. I have a lot of doorways that I can go through to get in front of a lot of fans. I definitely appreciate that. For example, Eli Young Band gave me fifteen dates this past fall – not because they had to, but because they wanted me out on the road with them. That was awesome.

That works well for you too, because you’re getting out in front of a lot of people who will likely be fans of your music. So for 2015 would you say the plan is more of the same?

Yeah it’s really just that. I think the amount of time you put into something shows the results that you really want. Everything is going great, 2014 is really where I hit the road. We did a hundred and forty dates this year and XM started spinning my song. Every market that we play the first thing I do is talk to the radio station, so that’s really how I’ve been getting on the radio. This is a big country and when you look at how many reporting stations there are you just have to roll up your sleeves and go do it. It’s about telling people this is who I am. Honestly, I love where I’m at right now and the further it goes the happier I get. Growing up in Northeast Kansas I never expected to have a song on the radio, or opening for Dwight Yoakam, or writing with my heroes. It’s awesome.

You’re living in Nashville now. But going back to the move to Nashville, was that a stressful time? And going off that, did you feel like you had to go or was it more on your own terms?

It was scary. Everybody from your hometown always tells you that you’re really good, but when you go to Nashville it’s the best of the best. I learned within five minutes that I had a lot of work to do as a songwriter. What I was doing at the time was not good songwriting. It had potential and you can do two things when that happens. You can fight the system and say that you are good when you really aren’t or you can go find the writers that have been doing it for years and ask them to sit down and cowrite with you and show you how to write a good song.

The main thing I would say about songwriting is that people forget that there are people in town who have been doing it for fifty years. The best thing a young writer can do is go talk to these guys and girls. There’s no set way to write a song, but you can look around and see the way that people are doing it and learn from them. I made a list of some of my favorite songwriters, and when I got my publishing deal I tried to get in a room to write with as many of them as possible. Now, I’m writing with most of those people on a regular basis because they like what I do, but they also know how much I respect what they do. That’s what it all comes down to.

Nashville’s a tough town. The toughest part is trying to figure out how this machine works. It’s a huge industry that operates on eight blocks on sixteenth avenue that look like little square houses. It has that small town feel when you walk in, but it’s a tough industry. I played like two hundred open mic nights the year before I got my publishing deal, while I was working full time. These weren’t jobs that I wanted to be in, but they were jobs that kept me in Nashville. What I always tell new writers and friends that want to come to town and try is that you need to be present to get there. You can’t get heard on your couch. Whatever it takes you have to get out there, play your songs, and hope that somebody is listening. All but one of those nights didn’t matter, but one night Kip was walking by and heard it and that’s what got me in the door.

That’s really great advice that definitely can be applied to a variety of things. It’s challenging to get much of anything in life done, without taking a leap of faith.