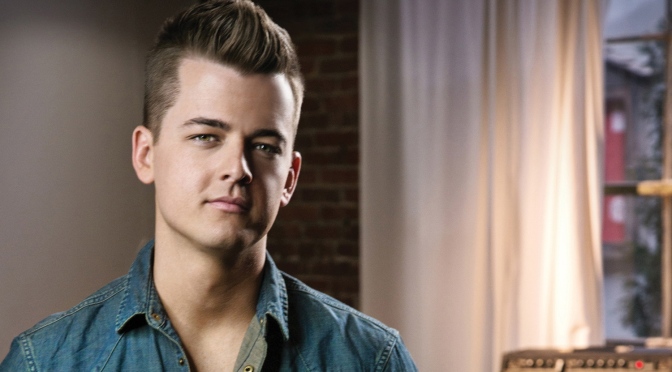 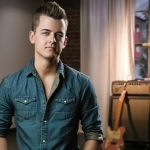 At just twenty-two years of age, Chase Bryant is one of the youngest and brightest young stars in country music. From a young age the Texas native has always dreamed of being able to play music for a living. Now with his debut single “Take It On Back” (Check out the premiere video for his debut single here!) gaining popularity on country radio and his self-titled EP continuing to turn heads in and around Nashville he’s well on his way. As a member of the Let it Ride Tour with Brantley Gilbert and Tyler Farr, he’s been able to showcase his skills on a bigger stage. Whether he’s shredding on guitar or effortlessly singing his way through his own songs Chase Bryant is truly a special talent. We took some time to talk with him about his journey from bars to the big stage and what to expect from his debut album.

Going back to the beginning for you, do you remember when you knew becoming an artist was going to be possible?

Well I remember being in towns to play gigs, endless gigs, for showcases or whatever it may have been. I remember seeing Vinny Brown in the front row of one of my shows and he stayed the whole show. So I knew something was happening.

I had heard the infamous story of Vinny not staying the entire show, so I can remember that time. That’s when I knew something was about to happen.

There must have been countless gigs played before that one. Any stand out in particular?

Yeah, I played in Corpus Christi, Texas for the Texas FFA State Convention. There were about sixteen thousand people there, and that was my first sizable gig.

That must have been pretty nerve racking.

Yeah I was nervous as hell. That was like my first gig back home, so going into that was pretty ridiculous.

At the same time was it good experience for being on tour now?

Yeah that’s about the same size crowds we’re playing in front of now. On any given night there’s usually about ten to fifteen thousand people out there.

Being out on the road with Brantley Gilbert and the Let It Ride Tour must have allowed you to get pretty close with those guys, but are there other artists who have given you advice along the way?

Keith definitely has. Every time I run into him he’s always willing to talk and hang out for a little bit. Whether we’re talking about guitars or gear, he’s just a really great guy. It’s the same way with Vince Gill. I played the Opry the same night as both of them so it was really cool. They’re both really great guys.

You and Keith Urban have a similar sound. And you’re both avid guitar players, is he your biggest influence musically?

“Definitely. I remember listening to a Keith record a while back and thinking this kind of sound is really possible to find success with. But there were older artists like Vince [Gill] and Garth [Brooks] that also played a role.

Is playing the guitar and singing at the same time something that’s difficult for you?

Let’s shift gears and talk about your music. Your debut EP was definitely a success. Especially the track “Take It On Back,” did you write most of that EP?

Yeah I wrote the entire EP. I wrote it at different points in my life. If I was going through a relationship or a break up, or something was on my mind. But you write a hundred crappy songs before a good one, and then you get on a roll and there you go. It takes off and all of a sudden you’re golden.

Is that going to be the same case with the record?

Yeah I wrote all of my first full length album as well. I think you’ll dig it. You can live vicariously through it. It’s an autobiography of my career.

Any idea on when it’ll be released?

I believe we’re looking at January

We’re looking forward to it. Are we safe to assume it’ll have the same feel as the EP? Most up tempo songs with a few down tempo songs mixed in there?

There’s going to be a mix of songs. There’ll definitely be a few slower ones on the record. Again, they’ll be some up tempos and some down tempos, which are my favorite kind of songs to sing.

Does that make “Change Your Name” your favorite song to sing live?

Nah, I’d say “Take It On Back” is still my favorite because it’s the one that the audience really connects with. But “Change Your Name” is definitely one of them.

Well we’re looking forward to the album and watching your career grow. Our final question is something we like to ask all artists. Do you have any advice for upcoming artists or those looking to make it in country music?

Thank you for taking some time out of your day to talk with us. Good luck with the rest of the tour, the album, and everything else. It was great talking with you.

Chase Bryant is currently a member of the Let it Ride Tour. You can check out his website here for info on where you can catch him live. His debut self-titled EP is available for download now now on all digital platforms, it includes the top thirty hit “Take It On Back.”

Are you a rising country artist that wants to be featured as our Sunday Conversation? Shoot us an email: staff@countrymusicnorth.com